It’s no secret that 22’s are a love to shoot. With almost no recoil and cheap ammo prices, it’s hard to find a real shooter who doesn’t have  a soft spot in their heart for this little cartridge.  That is exactly why when my wife’s uncle wanted to take up shooting at 67 I steered him to a 22.  He grew up in communist Poland during the middle of the cold war and his only real exposure to American culture was old westerns.  So when he came to me one day wanting to learn how to shoot, his only requirement was he wanted a “cowboy gun”.  Now for us good ole American’s the first gun that comes to mind is the venerable Colt Single Action Army.  However, what it really meant to him was a revolver. And when it comes to 22 revolvers, there are only about two or three manufactures that have stood the test of time.  Now, in the interest of full disclosure, I am a Smith & Wesson collector and authorized stocking dealer.  To me there is simply no other revolver worth shooting, but that just me.  So you can imagine what I steered him to! After a long day on the range, shooting Colt’s, Ruger’s and Smith & Wesson’s, he settled on the K17 Masterpiece.

The Gun We Took Out 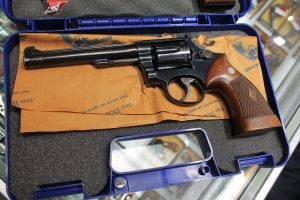 So when we decided to go to the range, I took out one of my most favorite pistols that ever has come out of the Smith & Wesson factory.  We took out what is now known as the K-17 Masterpiece.  The particular revolver that we took out was a premodel 17, meaning that it was made before Smith & Wesson numbered their models.

This particular S&W was manufactured in 1955 and has all of the original blue to it.  The revolver has a target hammer and trigger as well as the target grips with a micro adjustment rear site.  All original equipment and makes the gun easier to handle.  My friend shot 50 rounds downrange into a target at 15 meters.  He had a very respectable grouping of about 3 inches.  Remember, this is from a guy who has never fired a revolver a day in his life.  So instantly, he fell in love and had to have one.  Only one problem, I wasn’t selling mine.

So, like I said, I am a stocking Smith & Wesson dealer.  I told him about the new Model 17 from their historic line.  He was initially reluctant, worrying that the newer gun wouldn’t be as good.  I assured him that it would be everything he wanted it to be and maybe a little more.  So when we got back to the shop, we ordered it. 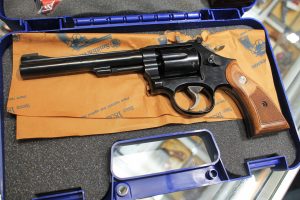 The revolver arrived and I couldn’t wait to open it up and compare it. First thing that struck me was the bluing of the gun.  It was more of the black that we have come to see with all of the Historic line. It was even and very deep, not my favorite, but not bad. 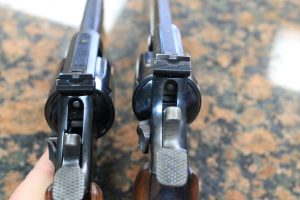 What really impressed me was the overall attention to detail.  One could only tell a few small subtle differences between the two revolvers.  Most notably for me was the top of the gun, as there was a subtle difference in the sight serrations.  This actually makes the sight on the newer gun more stable and less likely to get snagged on a holster.  Personally I like this.   Lastly, there was the lock on the side of the new gun. Nothing we can do about that, but it doesn’t really bother anything.

So How Did It Shoot?

As expected, the new pistol shot like a dream.  Once the pistol was properly cleaned, we took it back out to the range.  As anyone would have imagined, it functioned perfectly and the timing locked up perfectly.  I wasn’t surprised as Smith & Wesson has a history for making the best revolvers in the industry and this one is no exception.  MSRP on this pistol is $989.99 but is available from Heritage Jewelry and Loan for $809.99 plus tax if applicable.  There are many revolvers out there that are less expensive but not better built and more accurate.  If you are looking for a gun that you will be able pass down to your grandchildren as well as shoot 1 inch groups at 25 yards, look no further.  I would certainly recommend this fantastic revolver to any serious shooter who has a love of vintage revolvers.  Call Heritage Jewelry and Loan or email us for more information and availability of this fine revolver. 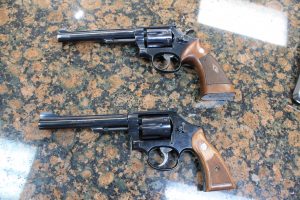 James is the founder of Heritage Jewelry and loan as well as the manager. He has over 20 years in the fine jewelry and watch industry. He is also a former US Naval Officer serving with distinction. 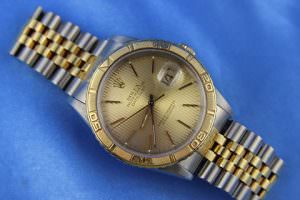 Rolex Datejust – The Watch That Should Be In Every Collection

Rolex Datejust - The Ultimate Watch or Your Dad's Timepiece[...] 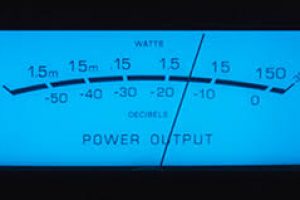 Stereo Equipment And Their Value | Why Vintage Is Where[...] 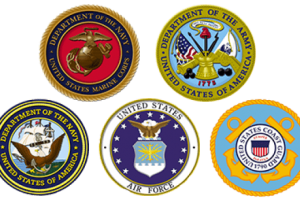 Need help, try calling us or if you rather, send us an email and we'll get back to you, asap.